He is currently the world ambassador of the United Nations, the world strategic research theorist, the world Chinese art leader, the world master of painting and calligraphy, and the representative art title of human intangible cultural heritage. United Nations Ambassador for Peaceful Communication, United Nations Ambassador for Cultural Communication, Chief of Staff of the United Nations Peacekeeping Coalition, Chairman of the Board of Directors of China Tianyi Group, and President of the Chinese Culture Research Association; Wang Wenzeng, President of Chinese Surname Culture Research Association. Director of the National Outreach Department of China Internet Alliance and Minister of International Development; Chairman of the Board of Directors of Hebei Tianyi Painting and Calligraphy Art Development Group; Known as the world master of painting and calligraphy; Oriental master, Oriental Pearl, the first in the world, senior calligrapher, senior artist and national senior talent; Director of Chinese Painting and Calligraphy Culture Research Association. Works Runge: 1.61 million square-foot paintings and calligraphy.

The Zodiac culture created by Wang Wenzeng, the founder of Chinese traditional culture, created a book in the artistic form of China's second list book, which was auctioned in Hong Kong for 1.2 million yuan, a tiger for 100,000 yuan in the Great Hall of the People, and a dragon for collection by state leaders. All the money taken was used to support the disaster areas and charities. The scenery of Dacao, Kuangcao Northland, river of no return and the water flowing in the Yangtze River were collected by world celebrities and international dignitaries. The Diamond Sutra, the Heart Sutra and the list of Buddhism, Zen, Taoism and God were all donated to Chinese Buddhist monasteries.

Wang Wenzeng, born in Baoding, Hebei Province in 1958, is a famous calligrapher, a disciple of the 31st generation of Shaolin Temple in Songshan Mountain, and his French name is German.

Although Wang Wenzeng is a disciple of Shaolin, he is not a rough warrior. He graduated from Hebei University of Political Science and Law in his early years, and then studied in the Art Department of Peking University. He is a martial artist. Therefore, his temperament is both rigid and soft, and he has both high-quality martial arts and artistic essence. He is a rare all-rounder in civil and military affairs.

The enlightenment of calligraphy art in Wang Wenzeng began at the age of 6, and since then, it has been open to Europe, Yan, Liu, Zhao and Chu, and won the essence of regular script. After learning from two kings, you can get the freedom of running script. Studying cursive script, taking the brushwork of Zhang Xu, Huai Su and Wang Duo as the root, learning from others, and combining with their own martial arts talents, has created the cursive style of "a large amount of ink will support the world", showing the new trend of the times, reconstructing the cultural charm, and accumulating dozens of years' writing. After summing up, calligraphy theory and the practice system of "Wang's Six Musts" have become great talents in the field of calligraphy.

Wang Wenzeng's calligraphy, with its unique style of civil and military affairs, is pleasing to the eye from top to bottom, regardless of officials and politicians, or ordinary people. People who like Wang Wenzeng's calligraphy works are like waves. There are no fewer than 1,000 works specially written and collected by him for national leaders, international politicians and world consortia, and the folk collection is spectacular and uncountable. His cursive works are called the first book in the world, which are based on his unique skills, such as "Eight-sided style of writing, Qi-flowing method, turning the pen into flying white, wearing beautiful women's longhair, hanging upside down the golden bell and making waves". Might as well get the second and third, and enjoy the talent of the first book! 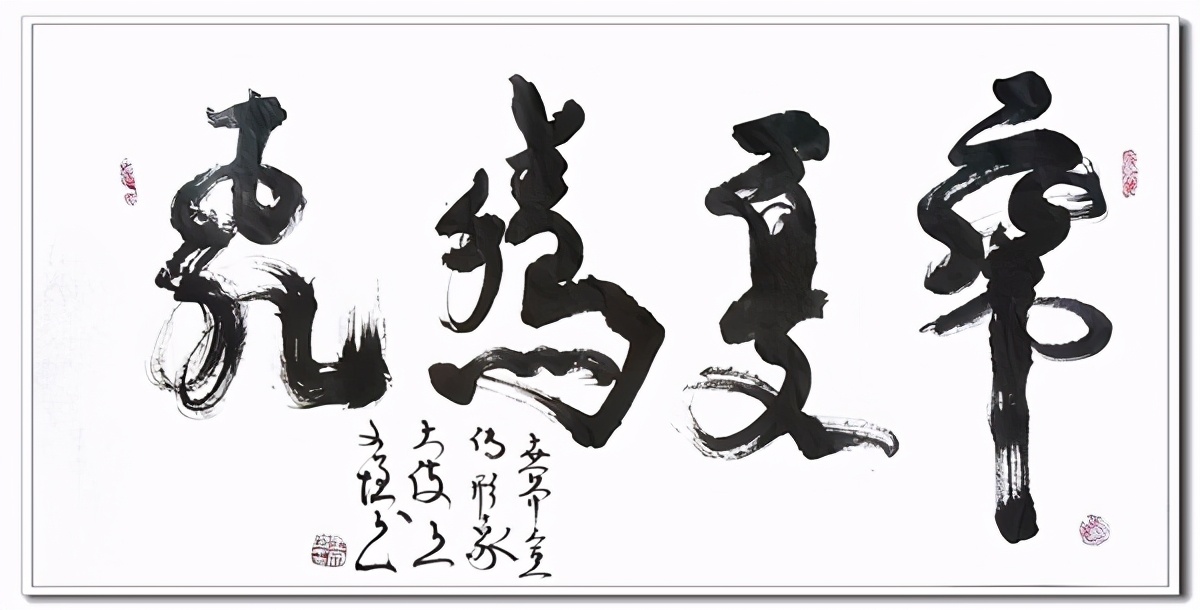 Wang Wenzeng's second book works, using the coherent method of martial arts, have a large amount of male ink, like wind and electricity, and become the unique characters of Tiger and Dance in one stroke. Single-character list book, though a single word, is a set of serial secret boxing, which makes people dazzled and puzzled by its track. Only after concentrating on gas, can they realize its fixed power.

In the process of calligraphy, we can exert martial arts as fast as wind and thunder. It can be seen that Wang Wenzeng has full control over the pen, and the pen holds its hand, which is not a simple pen, but the undertaking of its limb force. Therefore, we can drive the pen according to our heart and write eight sides, all of which are filled with hurricanes. Bone strength turns true qi, flying with ink and blinking into majestic. A magical second book, "Tiger", was auctioned at the Great Hall of the People with a high-end value of 100,000 yuan, which became a famous story in the book circle. The word "Dance" on the list is like a dream, and it has become an irreplaceable calligraphy treasure to cultivate people's artistic sentiment. The unique character "Dragon" in the second list has been collected by the national leaders because of its elegant spirit and magnificent national soul, which has become an example of its calligraphy quality reaching nine days!

Wang Wenzeng's calligraphy works, in addition to great masculinity, also have a very difficult "wringing pen" stunt. The technique of reaming pen is called "impossible" but "nonexistent" by many writers who are not skilled. In fact, wringing a pen is not nonexistent, nor impossible, but a high-end skill that can be harvested only when it reaches its peak. If you look at the calligraphic style of writing carefully, you can hide all the reamed pens in Preface to Lanting. The function of twisting pen lies in "machine change" and "novelty creation". Twisting pen is the turning point of handwriting, and it's the work of sinew. Cursive brushwork, if there is no skill of twisting pens, is just rigid and dull, and it is rare to have machine changes and strange shows.

Of course, it takes a lot of hard work to get a twisted pen. Wang Wenzeng's skill of wringing pens is not only extremely refined, but also extremely convenient in martial arts. By using martial arts to transfer martial arts changes to cursive writing pens, he gets twice the result with half the effort, and has the unique advantage of wringing pens. His pen-running machines have become numerous, and his writing is extremely beautiful, which makes people admire.

For example, looking at one of his cursive works, "Hui Feng He Chang", shows the beauty of twisting the pen. Only the word "wind" is a strange twist, and the writing style is exquisite. The word is like Wu Song drunk, and it is fascinating to compromise with the twist. Looking closely at Wang Wenzeng's calligraphy works, can it be said that it is impossible to twist the pen? Should be possible, only Wang Wenzeng's big hand is possible.

Wang Wenzeng's large cursive work "The Opening Words of Romance of the Three Kingdoms" is characterized by a lot of rare brushwork, such as twisting pens, flying white pens, shaking pens, etc., which makes people not only see the beauty of cursive writing, but also the profound core of martial arts. Penetrating the paper back, penetrating the wood!

Wang Wenzeng, the current president of the Chinese Culture Research Association, is a real cultural person because he is a real civil and military scholar. He also appointed the United Nations Ambassador for Peaceful Communication, the United Nations Ambassador for Cultural Communication, the Cultural Consultant of Xi 'an Dongwei Industrial Group, and the National Ceremony Studio of CCTV Starlight Film and Television Park. At the same time, he is also a philanthropist. His calligraphy works sold for 1.2 million yuan in Hong Kong and other auction proceeds were all used to support the disaster areas and charities. Wang Wenzeng's character and artistic products are equally well cultivated in the world, and his noble quality of life is his virtue and art! 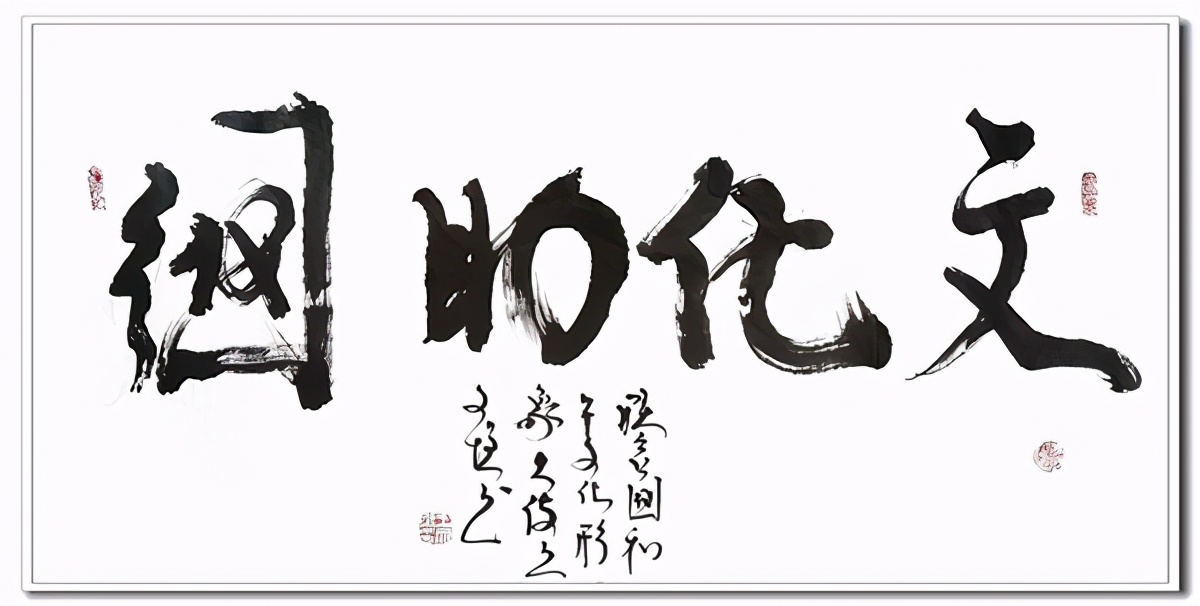 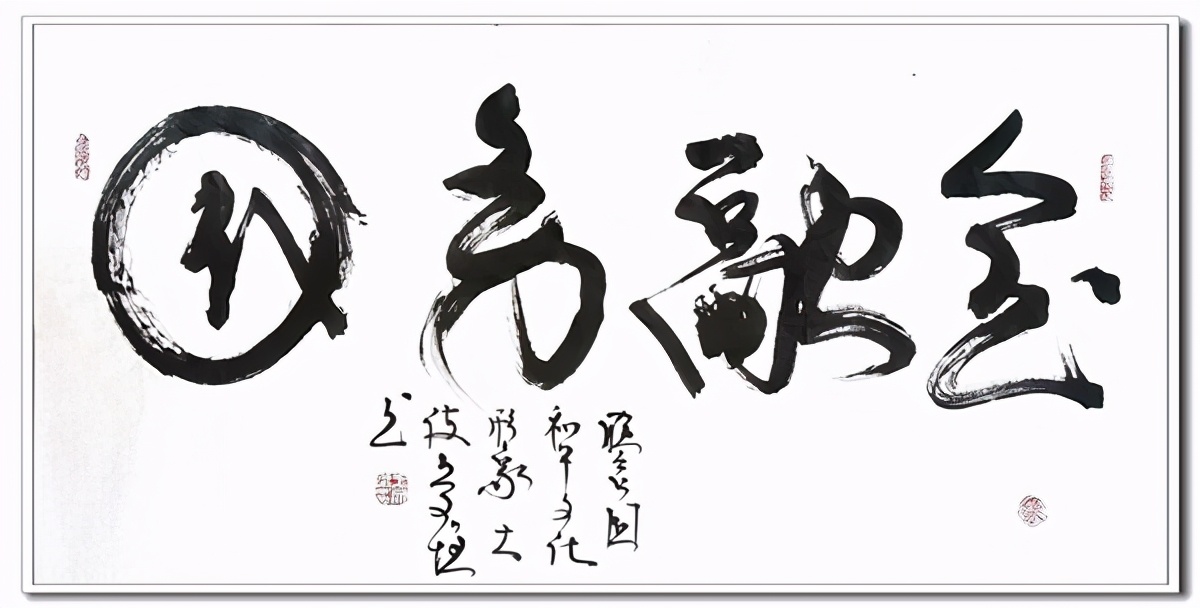 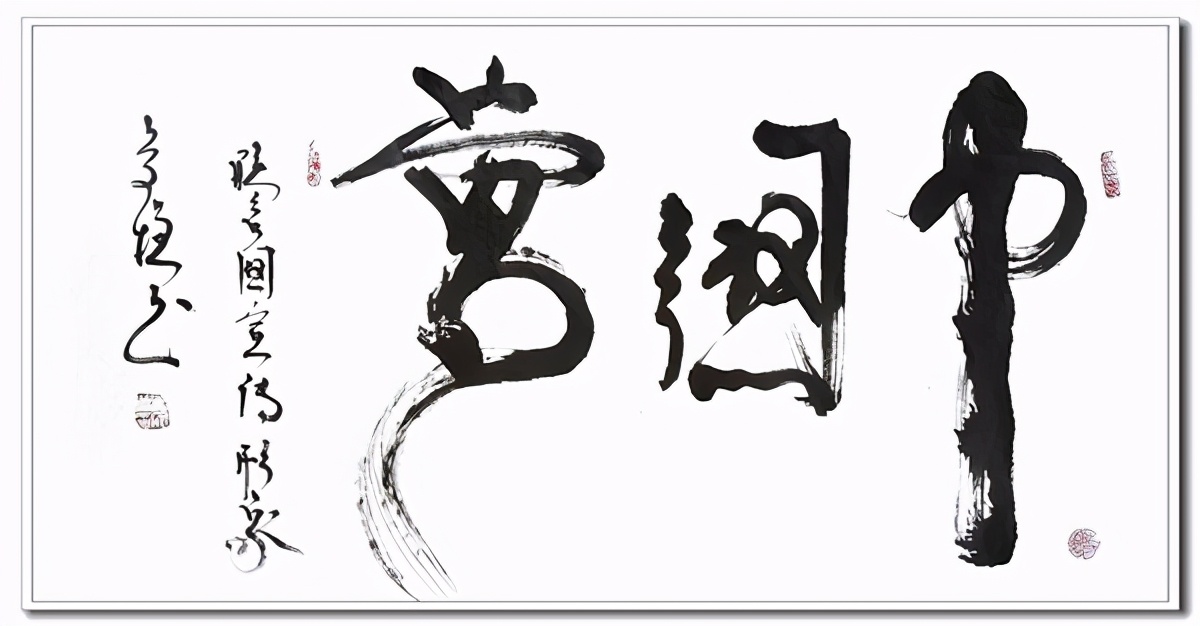 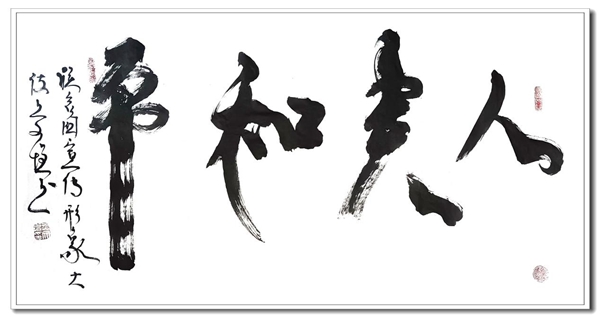